St Vincent’s Lismore was established by His Lordship, the Most Reverend John Carroll, D.D. It was the first non-metropolitan Catholic hospital to be founded in New South Wales. The Hospital was entrusted to the care of the Sisters of Charity from 1921 until 1980. The Presentation Sisters then assumed responsiblility for providing a continuous religious presence through the current Pastoral Care Service.

The original Hospital was in a weatherboard building located on site.  It is still standing today and known as ‘Tarmons’.

In 1923 a convent was built in the hospital grounds and in 1931 a two story brick building was opened now known as the Ryan Wing.

The first student nurses began their training in 1932 with many nurses graduating from St Vincents until the final group in 1987, when nurse training was transferred to Universities.

1966 saw the establishment of a 25 bed Rehabilitation Unit and in 1982 St. Joseph’s Nursing Home was opened. A Day hospital facility known as the Carroll Centre at the Avondale Avenue entrance to the hospital grounds was opened in 1985.

The hospital was privatised in 1990, following the completion of new accommodation. The Specialist Medical Centre and Coffee Shop were added in 1997.

Our History in Pictures 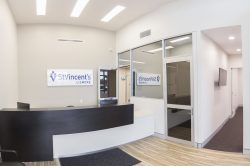 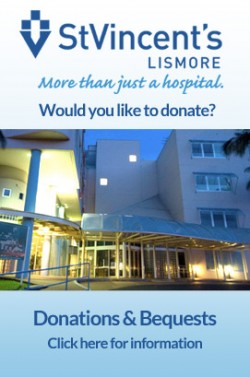